Besides the serious border issues with India on Galwan Valley in Ladakh since June 15, 2020, the foreign minister of China visited India without any proper Invitation. 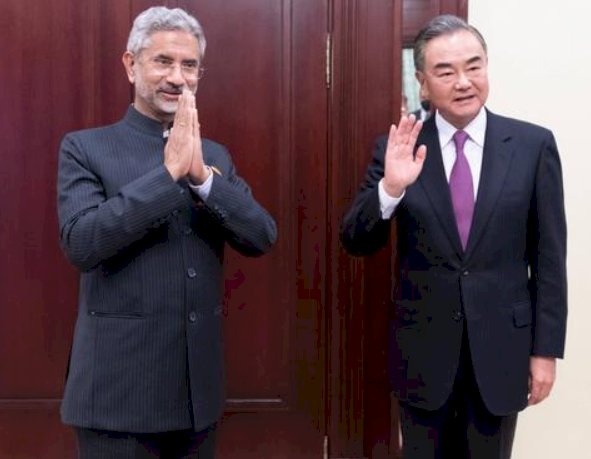 Before India, he also went to Afghanistan and Pakistan.

In Afghanistan Wang was quoted as saying that “China does not interfere in internal Afghan affairs nor does it want to safeguard its interests through such interventions.” The Chinese diplomat opposed the imposition of political and economic sanctions against Afghanistan, said the statement.

Wang was invited to Pakistan to attend the opening ceremony of the 48th session of the council of the Foreign Ministers of the Organization of Islamic Cooperation (OIC). In his statement, he stated that China would continue to support the people of Palestine and Kashmir “In their just freedom struggles” and whatever OIC has stood on Kashmir and other issues, China will support it.

India’s foreign ministry has given a sharp reaction to these statements and said – China has no right to comment on our internal issues. And many media reporters have called it– ‘China’s Blunder in Pakistan’

A couple of weeks ago, Wang shows his concern about Indo-China relations surprisingly before visiting these countries. According to Global Times (07 March 2022), Wang Yi said “China India should be partners for mutual success not adversaries of mutual attrition”. …………..

“China- India relations have suffered some setbacks in recent years, which does not serve the fundamental interests of the two countries and people”

The above statement shows Beijing has no intention to resolve the border issues with India and also no concern for Kashmir towards India.

But India is firm and clear about it, saying that – ‘No conversation will be done except border issue’

Just imagine what Beijing wants, even if our military forces fighting and dying on borders we should be cool and calm, we should not take care of that and should maintain an appropriate bilateral relationship with our neighbors.

Then what is Wang Yi’s purpose to visit India if he has no intentions to resolve the border issues?

There are many indications

China has been planning an invasion of Taiwan for a long time. However, while one of the war zones is opened between Russia-Ukraine, China can take advantage of it and can do something to Taiwan. India always supported Taiwan’s sovereignty and independence openly. Taiwan’s policy toward India can divisive Beijing’s desire for Expansion. So, China wanted to Resume its bilateral dialogs with India. Hence, Delhi is clear with its stand then after Beijing is hopeful for Modi’s support. As India supported Russia against the NATO powers and remains neutral in this war. It seems probably Xi Jinping forgot the old relationship between Russia and India and dispatched Wang Yi with hopes.

Beijing wanted to promote the Chinese currency ‘Yen’s as a global currency, for that dialogs are already going on with Southey Arabia and Iraq for the last couple of days. Even Iran is about to convince to do oil trade by using the Yen.

Delhi can create a hurdle to make Yen as a Global currency. Because India is now interested to promote its currency Rupees for oil trade with the middle east. As Indian Rupees had been famous in Central Asia during the period of medieval rule and colonial rule.

The whole world is criticizing Russia and its supporters for the Russian invasion of Ukraine, especially European countries and NATO allies. Here one of the famous supporters who came up from the beginning of the War is well-known China which has not only supported Russia but also provoked Putin against NATO activities and U.S interference.

Now, what does China wants?

China wants that Delhi should escape from a neutral stand on war and keep to one side and that should be defiantly the Russian side so China could advocate its position in front of the world. Because on the humanitarian ground this war has no reason to happen. Many times Prime minister Modi talked with Putin and suggested to make a dialog and resolving this issue. But this time Putin is in his wave. So, simply Xi ping wanted India on its side so that the Russian poll could be strengthened.

China is going to host the upcoming BRICS summit that is going to be held this year. And Beijing wanted to join Prime Minister Modi in this summit personally. So that China can resume bilateral relations with India with help of this platform. Because other countries who are members of the BRICS (Brazil, Russia, India, China, South Africa) have a good relationship with India except for China. Due to the war situation and the high level of tension between the two poles, this year’s BRICS summit is very important for India because India is also a member of the Quad.

So. the visit of Wang Yi has many reasons; the main thing is China is not a small country, nowadays it is one of the most emerging power, and Beijing’s foreign minister visited India without any proper invitation, it seems they have had many intentions. A country like China cannot take this kind of step without any reason.